Work to restore Whitehaven’s two iconic 19th century lighthouses to their former glory has got off to a good start, with the first stage of the renovation process now complete on the West Pier Lighthouse.

Lead contractors for the project, CRS Facility Management, began work in August. So far they have completed the job of sandblasting the layers of rust, dust and sand from the metalwork on the West Pier Lighthouse, as well as stripping the old paint from the masonry. Work has also been taking place to prepare the masonry for repainting. Repainting of the masonry and metalwork is due to begin this week. New light beacons for the lighthouse have also been ordered as well as new bolts to replace corroded bolts on the lighting dome.

CRS Facility Management, based in Lillyhall, is being supported by Bendalls Engineering, in Carlisle, and Shepley Engineering, in Whitehaven. The two firms will be fabricating and installing any ironwork that needs to be replaced on the lighthouses.

"We want to retain as much of the original ironwork as we can,” said Gavin Henry, Managing Director of CRS Facility Management. “We've already cleaned up small parts of the original metal work which looks absolutely great. It’s quite exciting to imagine how good the lighthouses will look when they are entirely restored and repainted.” 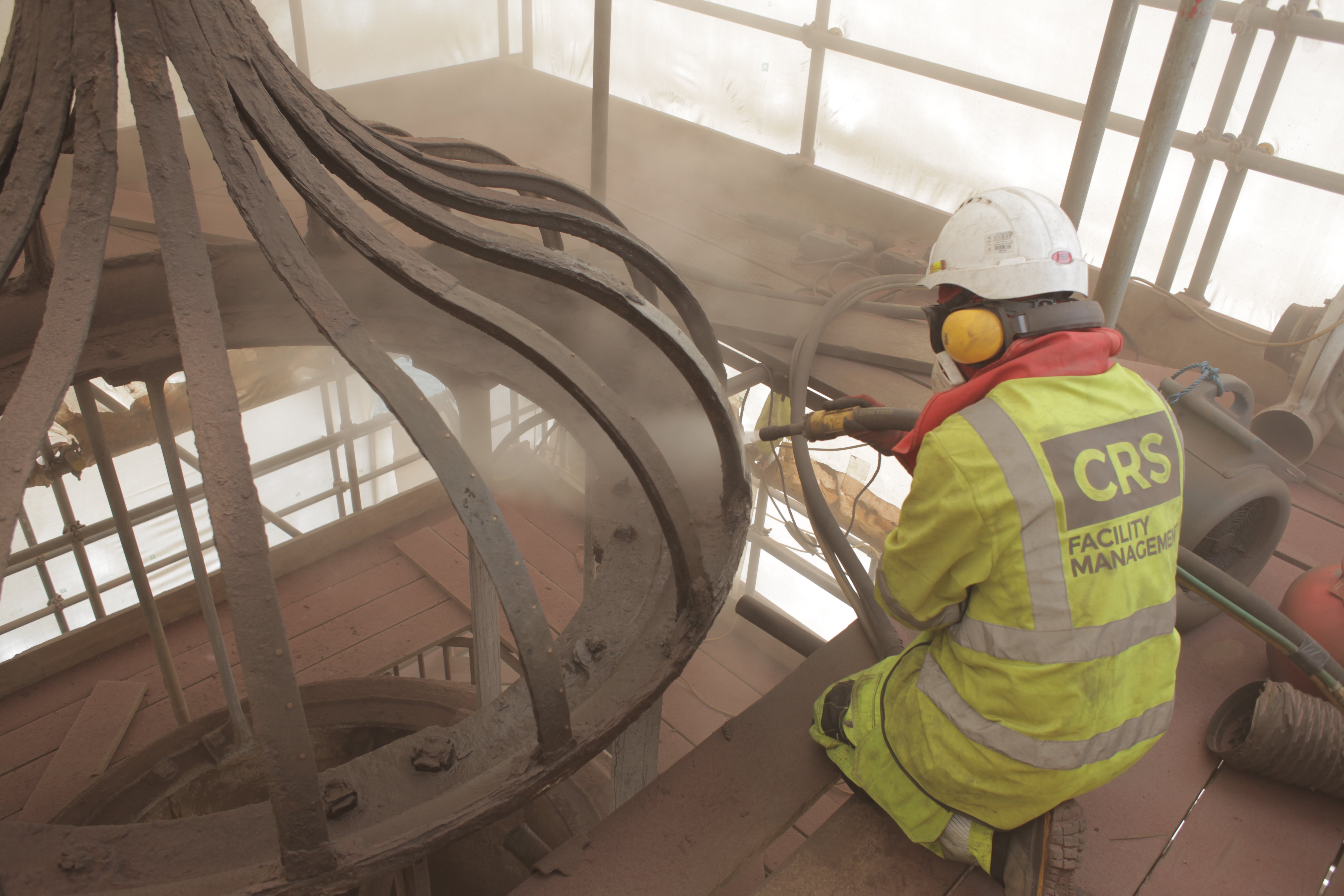 Contractors also plan to replace the lighthouse’s roof with new copper sheeting.
The full scope of the restoration works includes iron, timber, glazing and masonry work and it is hoped that both lighthouses will be fully restored by mid-November. Work is due to begin on the North Pier Lighthouse soon.

“So far things are going really well,” said Trevor Prowse, who is donating his time to project manage the restoration. “We’re looking forward to commencing the next stage of painting and restoring the metal work and so far we are on schedule to complete work on both lighthouses by mid-November.”

“It is extremely encouraging to see the progress that has been made on the restoration project," said John Baker, CEO of Whitehaven Harbour Commissioners. "We’d like to say a huge thank you to everyone who has donated equipment, time and expertise so far. It will be a great day when we can unveil the fully restored lighthouses as two iconic structures Whitehaven can be truly proud of.”